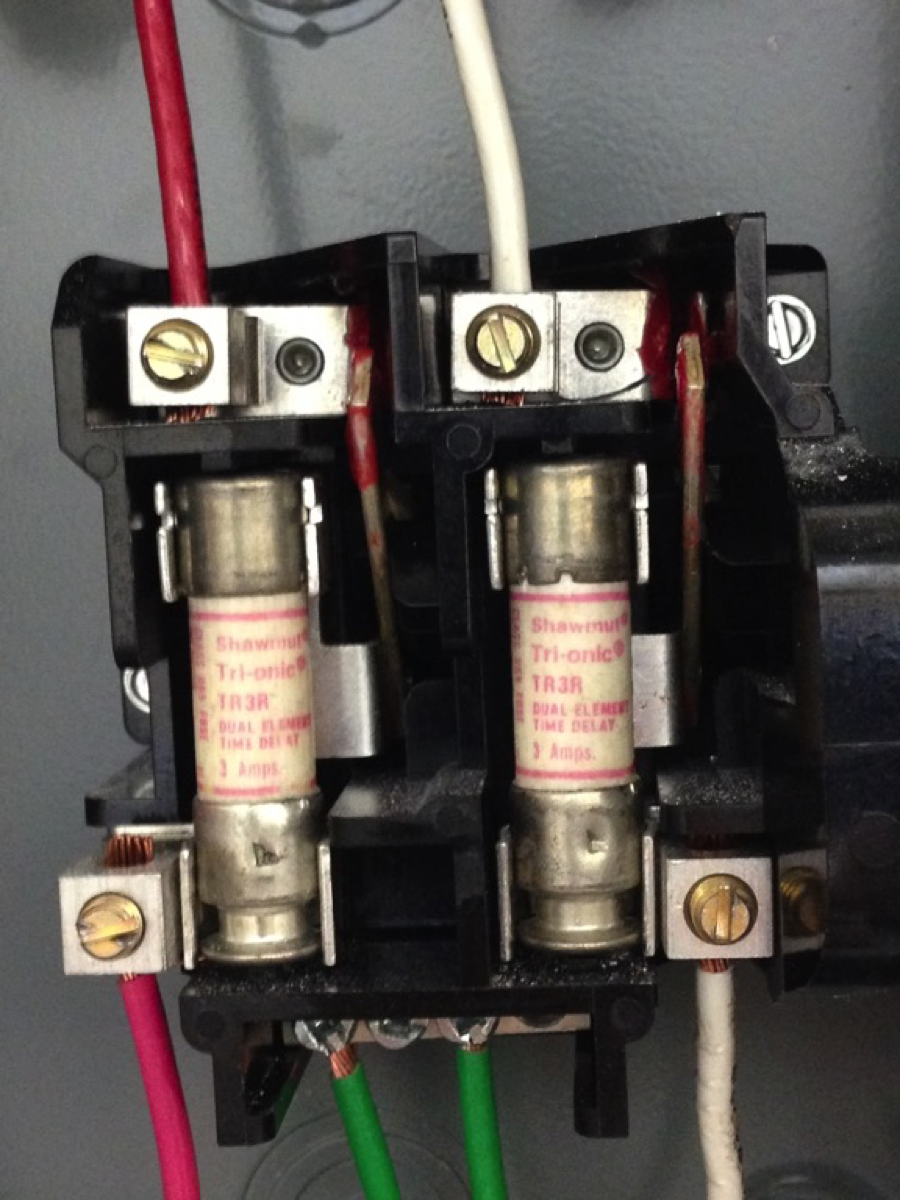 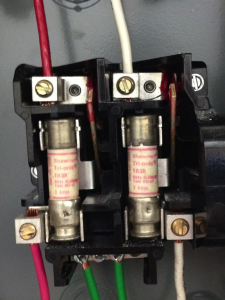 Section 240.22 of the National Electrical Code reads:No overcurrent device shall be connected in series with any conductor that is intentionally grounded, unless one of the following two conditions is met:
(1) The overcurrent device opens all conductors of the circuit, including the grounded conductor, and is designed so that no pole can operate independently.
(2) Where required by 430.36 or 430.37 for motor overload protection.

Overcurrent protection is a vital component of a safe electrical system. When sized properly and installed in the correct manner, overcurrent protective devices can protect equipment and property from the destructive forces of electricity. When installed incorrectly, they themselves can become a hazard. If a fuse installed in series with a neutral conductor were to blow, the connected equipment would cease to operate. A technician troubleshooting the equipment might use a voltmeter to verify the lack of voltage before beginning to work on the equipment. With a floating neutral, due to the blown fuse, the voltmeter would give a false reading of 0 volts present. Unless the fuse in the ungrounded conductor was blown as well, there would still be line voltage present in the circuit and the technician would face an unnecessary hazard.

Safety is the primary purpose of the National Electrical Code. Electricians already have a very dangerous job without being introduced to additional hazards. Well-intentioned installations often create dangerous situations when unqualified persons are used to install or repair electrical equipment. Be safe and watch out for misplaced fuses.

5 Comments on “The Misplaced Fuse”